Waterways of the West (WOW)

The Victorian Government is developing a new Waterways of the West (WoW) Action Plan to ensure that Melbourne’s western waterways are healthy and thriving for years to come, contributing to Melbourne’s identity as a vibrant and liveable city. The Action Plan will be released in late 2021.

Waterways are essential to community health, to the liveability of local neighbourhoods and to the broader environment. Rivers, streams and creeks have special significance for Traditional Owners and Aboriginal Victorians, encompassing cultural, spiritual, social, economic and environmental values.

The population of the WoW region is growing rapidly and is predicted to double to over 1.9 million by 2040. This urban growth presents significant challenges, including increased stormwater, litter and pollution.

As the population grows there will be more people living, working and playing in the region, placing increased demand on waterways and their lands to provide for the community. In addition, the warming and drying climate is already impacting the waterways and their lands. The effects are putting increased pressure on ecosystems and reducing the water available for consumptive uses, as well as for environmental and cultural needs.

The Action Plan will include steps to better protect the waterways and their parklands so that these community assets will continue to be valued and enjoyed for years to come. It will also look at broader issues such as landscape amenity, and land use planning and development controls and standards, that are suited to the unique features of Melbourne’s west.

The WoW initiative builds on an existing policy base that provides guidance for the protection of the WoW. In particular, Water for Victoria 2016, Plan Melbourne 2017-2050, the Healthy Waterways Strategy 2018-2028 and the Yarra River Action Plan Wilip-gin Birrarung murron 2017 (among others) emphasise the importance of liveable cities, of protecting waterways and of enhancing their associated parklands as well as the importance of embedding Traditional Owners and their values, knowledge and culture in decision making.

The WoW Action Plan is the next step in delivering on the Yarra River Action Plan, which recognises the need to reconsider the planning and policy context for other urban waterways including the Maribyrnong and Werribee Rivers. The Waterways of the West Action Plan will be released in 2021.
To find out more and keep up-to-date with progress, email westernrivers.inbox@delwp.vic.gov.au 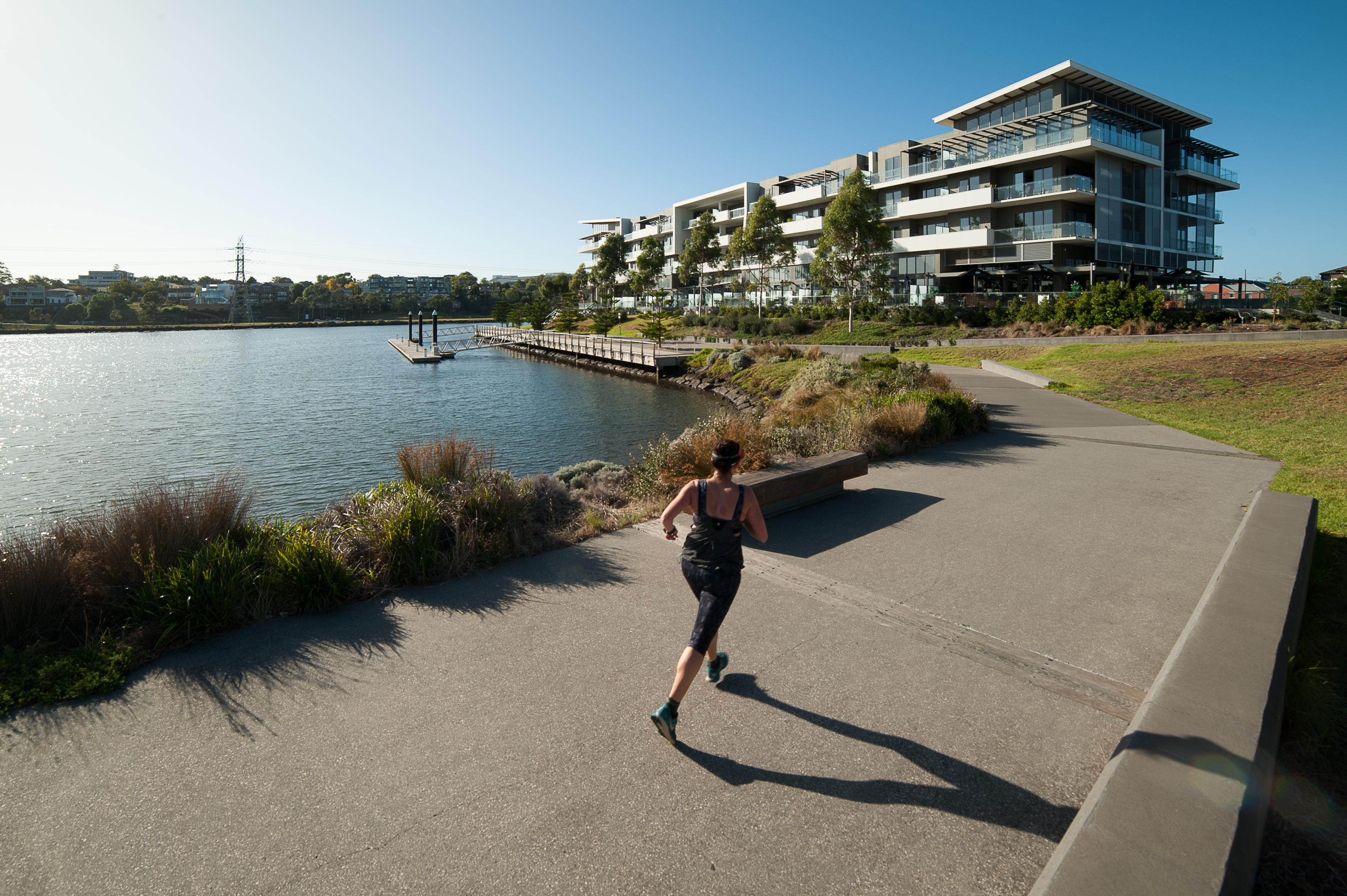 In late August 2018 the Victorian Government launched Waterways of the West (WoW) - a new community-led approach to ensure iconic waterways in Melbourne’s West are protected for generations to come.

Over an 18-month period, a Ministerial Advisory Committee (MAC) was appointed to work with the community, Traditional Owners and industry to present a range of recommendations for the WoW to the Government. This work built on the strong community advocacy work that was already occurring across the region, along with other opportunities identified during the MAC's deliberations.

Appointment of the MAC and scope

The members of the Waterways of the West Ministerial Advisory Committee represent a diversity of expertise and a depth of experience. These members were selected for their high-level expertise in water management, local government, urban design, and Aboriginal values of water, and their ability to think strategically and engage with communities.

Chris Chesterfield chairs the Ministerial Advisory Committee and is a nationally recognised leader in waterway and urban water management. He is Chairperson of the Victorian Environmental Water Holder, and a leading strategic thinker and research leader at the Cooperative Research Centre for Water Sensitive Cities. Chris chaired the advisory committee Ministerial Advisory Committee members that led to the establishment of landmark reforms to protect the Yarra River (Birrarung) and now also chairs the Birrarung Council of Wurundjeri Woi Wurrung Elders and community, which acts as the ‘voice of the river’.

Melinda Kennedy is a Wadawurrung woman with extensive knowledge and experience in the field of traditional and contemporary land and water management. Melinda is a member of the Aboriginal Water Unit within the Department of Environment, Land, Water and Planning (DELWP). She is currently studying a Higher Degree by Research and practising in Architecture and Built Environment with Deakin University. Melinda is also on the Barwon Water Environmental Advisory Committee.

Aunty Diane Kerr OAM is a respected Wurundjeri Woi wurrung Elder. Aunty Di has made a life-long contribution to her community in the areas of health, welfare, education and land rights. She is a member (and former Director) of the Dandenong and District Aborigines Co-Operative and former Director of Narragol Housing (Koorie Housing Loans). In 2013, Aunty Di was appointed a Director of Native Title Services Victoria (now First Nations Legal and Research Services) and six months later became the Chairperson. In 2016, she was appointed by the then Minister for Aboriginal Affairs Natalie Hutchins to the Aboriginal Treaty Interim Working Group as a respected community Elder (not in her capacity as a Wurundjeri Woi Wurrung Elder) and has since stepped down. Aunty Di was inducted into the Victorian Aboriginal Honour Roll in 2017 by the Victorian Government. Aunty Di was awarded the Order of Australia Medal in the 2019 Australia Day honours for her contribution to the Victorian Aboriginal Community.

Shelley Penn is an independent architect and urbanist. She is currently the University Architect at Monash University and is an ongoing member of the Victorian, ACT, NSW and WA State design review panels. Shelley was formerly Chair of the National Capital Authority, Deputy Chair of the Heritage Council of Victoria and the Associate Victorian Government Architect.

Lydia Wilson is a senior executive with 25 years local government experience, including over 12 years as CEO of Macedon Ranges Shire Council, the Yarra City Council and the Manningham Council. In addition, she has extensive Board Directorship experience including having been Chair and Deputy Chair of Sustainability Victoria. Lydia is currently Chair of the Maribyrnong (Mirrangbamurn) Integrated Water Forum and a Director on the Board of Procurement Australasia. 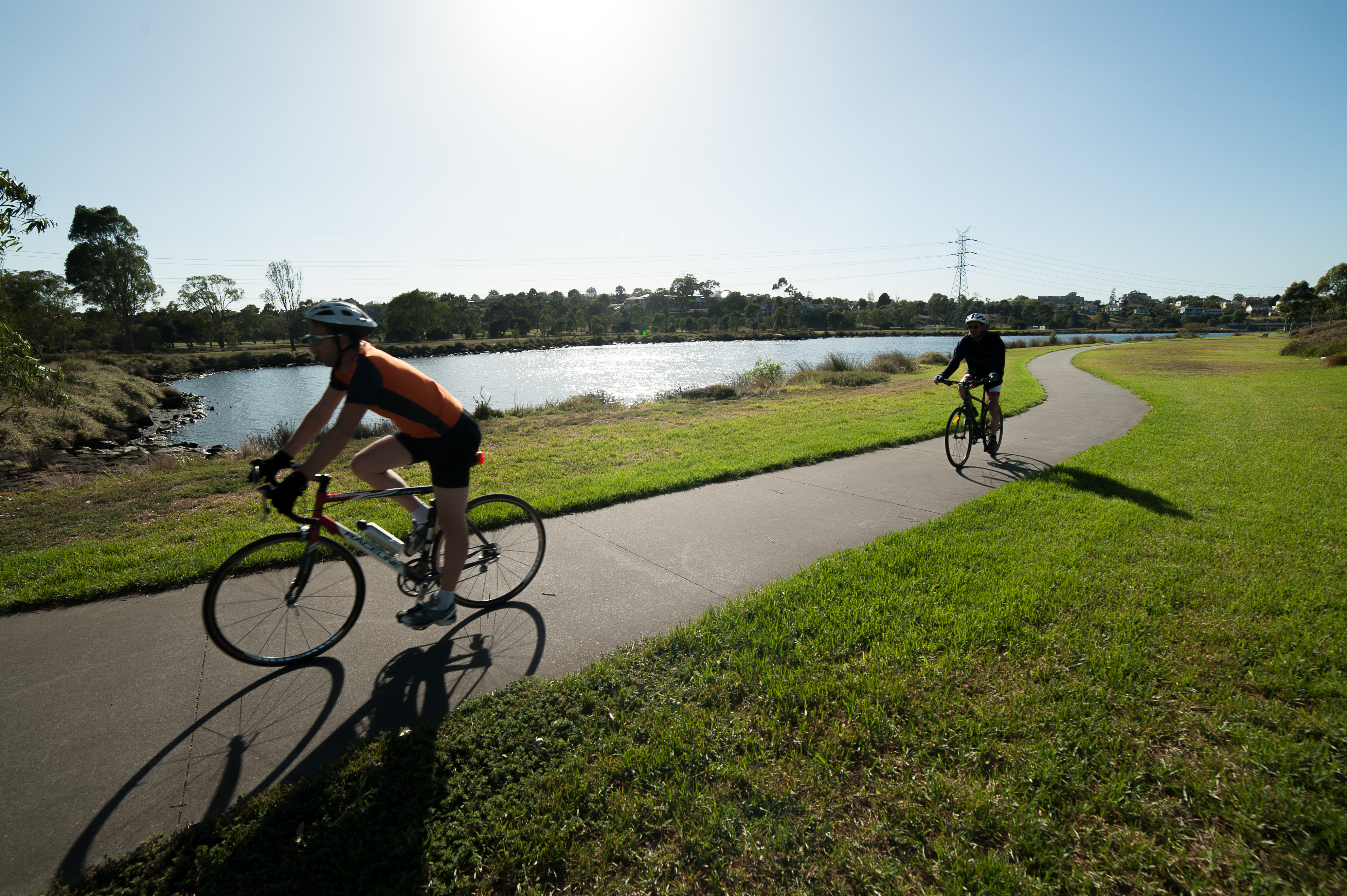 The scope of the MAC considered the network of waterways within the Maribyrnong and Werribee Catchments, as defined by the Melbourne Water Healthy Waterways Strategy.

The MAC worked in partnership with Traditional Owners and communities, developers, industry and local governments. It oversaw the development of a Community Vision, and it defined the key issues impacting on the community values of the waterways of the west and their parklands. The MAC reported directly to both the Minister for Water and the Minister for Planning.

The MAC’s terms of reference required it to advise on how to better protect the waterways and their parklands and to promote their cultural significance, values, and recreational benefits. This included advice on a range of policy and planning mechanisms and a review of institutional, legislative and regulatory arrangements to enhance the waterways for community health and liveability of neighbourhoods in the west. To support WoW’s community-led approach, the MAC also investigated additional arrangements to ensure that Traditional Owners and the community have greater participation in waterway management decisions in the future.

The MAC participated in cultural induction training and Walks on Country with the Wurundjeri Woi wurrung and Wadawurrung Traditional Owners. It has received briefings from agency and community representatives on a range of topics such as the community aspirations for greater protections for the waterways, the Moonee Ponds Creek Collaboration, the history and context of planning controls in the west, and the opportunities and challenges to turn stormwater and wastewater into a safe and suitable resource for community benefit.

We thank the MAC for their hard work, passion and commitment to protecting, enhancing and improving the Waterways of the West and their lands.

It has also engaged with Bunurong Land Council and Boonwurrung Land and Sea Aboriginal Corporation, which have declared an interest in the scoped areas where the Registered Aboriginal Party is yet undecided.

The WoW MAC’s first phase of public consultation was initiated through the WoW Engage Victoria webpage in April 2019, which invited submissions on the issues, pressures and opportunities for their valued waterways. There were 172 responses to the web page’s survey questions, and 346 markers were put on the page’s interactive map. Most respondents were from the region, but there were also responses from visitors to the region and community and government organisations.

The second phase of broad public consultation sought comment on the MAC’s Discussion Paper. This Discussion Paper was guided by submissions to this Engage Victoria website in May 2019, and by discussions with community representatives and stakeholders across relevant local government, agencies and community organisations about key issues and opportunities for the waterways and their surrounding lands. All submissions were considered by the WoW MAC in the making of their final recommendations to government.

The WoW MAC oversaw the development of a Community Vision. This Vision expresses the community’s aspirations about what they value and how they want to interact with the Waterways of the West over the next 50 years. In June 2019, the WoW Community Assembly, selected to be representative of the community of the west, was formed to begin developing the Vision. The Vision is expected to be released in the latter half of this year.

The MAC commissioned focus groups to hear the voices of people of CALD backgrounds. These focus groups enabled representatives of the Vietnamese and new and emerging migrant communities to have their say about what they value and how they interact with the Waterways of the West and their lands, now and in the future, and how agencies can continue to involve CALD communities in waterway management.

The Community Vision has been translated into the ten languages spoken commonly in Melbourne’s West, and DELWP will continue to engage with the West’s culturally and linguistically diverse communities over coming months to share knowledge and values of these unique waterways.

To receive updates on the Waterways of the West Ministerial Advisory Committee, please register your interest.