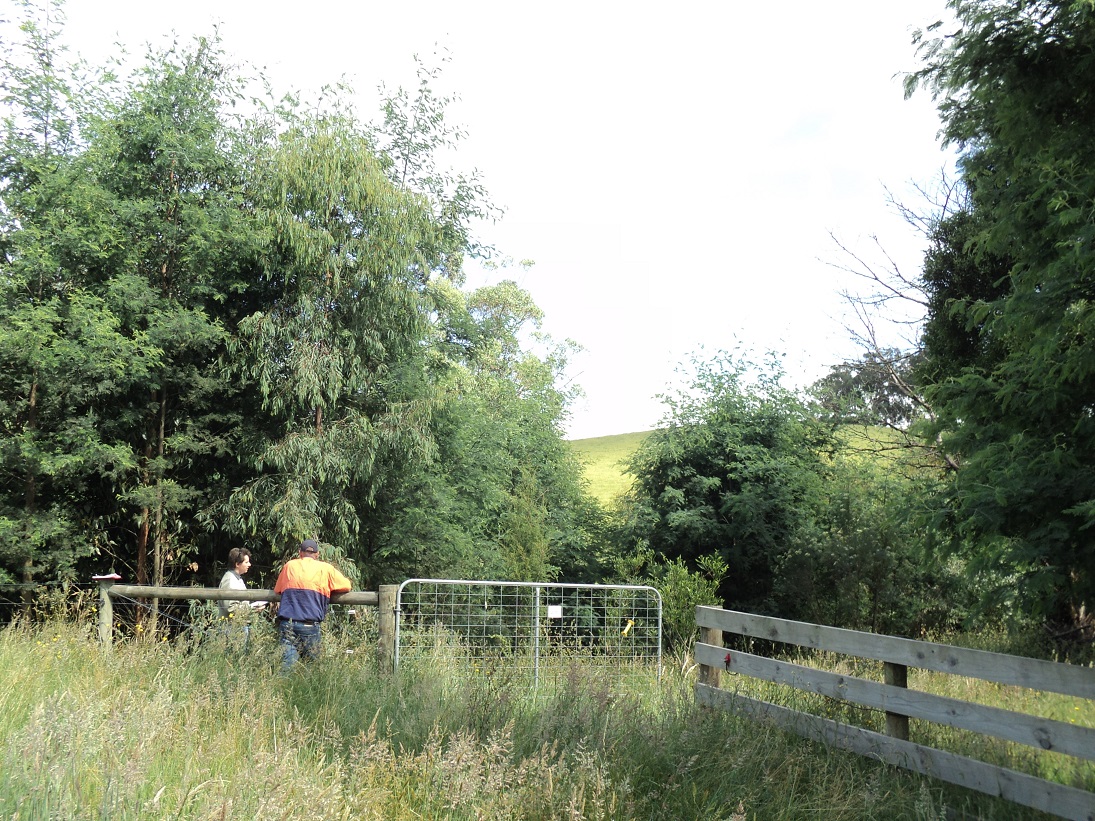 An investigation was undertaken by the then Department of Sustainability and Environment from 2011 to 2012 to evaluate a sample of riparian sites in Victoria where on-ground works had been completed over the last decade.

It determined the condition of riparian works and landholder attitude to the works. For example:

Landholders overwhelmingly supported the works and would recommend similar work to other landholders. With some thanking the catchment management authority for a job well done.

One landholder stated, “I can’t understand why more farmers don’t do it. In the past we would lose one or two animals in the stream each year, but we haven’t lost any for years. Property looks better with healthier streams and surrounds and has increased in value.”

Photo, above: many properties across Victoria with riparian works were surveyed by the 2011 evaluation. A landholder being surveyed on Coal Creek, South Gippsland. Photo courtesy Fiona Ede (DPI)