Enhancing the Health, Environment and Liveability of the Wimmera River

2.7 hectares of high-profile Wimmera River frontage has been protected and opened up the area to the public.

To date this Wimmera CMA project has protected 2.7 hectares of high-profile Wimmera River frontage and opened up the area to the public with 593 metres of fencing constructed on private land now leased by the Horsham Rural City Council.

The project has also achieved:

Improved walking tracks and a boat launch area means easier access for the public to enjoy recreational activities such as fishing and canoeing. The tracks will also help to prevent damage to existing vegetation, with plans for more native planting in place. 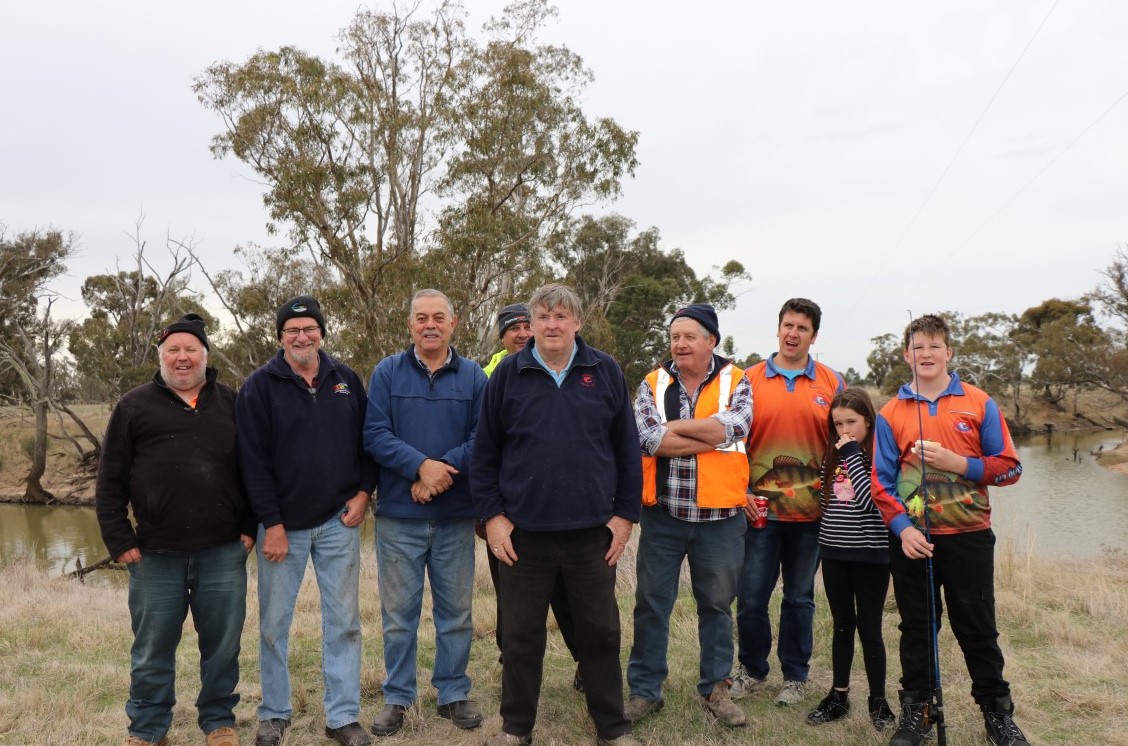 Volunteers from the Horsham Angling Club have cleared old fences, over 300 car and truck tyres and two truckloads of rubbish from a stretch of the river near Horsham known as The Big Water. The Big Water is four kilometres of river frontage on the Horsham-Lubeck Road, about 12 kilometres from the heart of Horsham. The working bee was funded through the Victorian Government’s Angler Riparian Partnerships Program and Our Catchments, Our Communities.

The Wimmera River is listed as a Victorian Heritage River due to its significant environmental and social values under the Heritage Rivers Act 1992. It is highly valued by the community for environment and recreation. A large variety of wildlife relies on the river for habitat, including the freshwater crayfish and the platypus.

The health of the waterways of the Wimmera River is vital, not only for the environment, but also for the social and economic health of the local community.

This is a great fishing spot. It will improve the area and encourage people to come out here and fish and picnic as well.