Working with the community

The Victorian Desalination Project is an important part of our community, as a source of water, an employer and a neighbour. 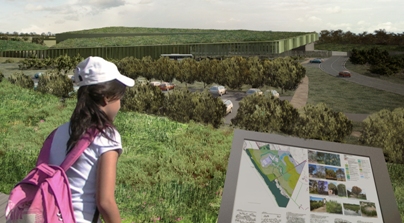 The State Government and AquaSure continue to liaise and provide information to their key stakeholders and the public following completion of the project.

These liaison activities include:

Information on the project can also be found on at Aquasure or by calling the free call information line on 1800 811 214.

Community consultation has played an important part in developing the project, such as the community engagement involved in the Environment Effects Statement (EES) which included:

The information communities provided helped to form the EES and the performance requirements that guide the project, resulting in its state-of-the-art design and environmental management processes.

For example, community comments about how the plant would look in the coastal environment led to the government setting strict requirements on building design.

DELWP and AquaSure are continuing to work with the project's neighbours, local communities and key stakeholders.

While the key benefit of the Victorian Desalination Project is a rainfall independent water supply, there are a number of local and state-wide social and economic benefits that flow from a large construction project and guaranteed water supply.

The towns' main water supply will continue to be the Lance Creek storage system and South Gippsland Water will be able to take desalinated water if and when required, giving ongoing security of supply.

The Environment Effects Statement identified some sections of road that could be improved to help manage traffic related to the project.

The Victorian Government committed $12 million to upgrade roads, reconstruct car parks and build roundabouts in the Wonthaggi area. These works went beyond that and included improvements to Webb Road, West Area Road and Graham Street.

A major ecological restoration project saw the degraded farm land the plant is built on be regenerated with millions of native plants trees to recreate the coastal environment. New dunes were created and wetlands, woodlands and coastal heath was established to provide habitat for native animals. 8 kilometres of recreational trails for pedestrians, cyclists and horse riders were also created on the site, which now also includes public amenities, picnic and BBQ shelters, boardwalks, information points and a bird hide.